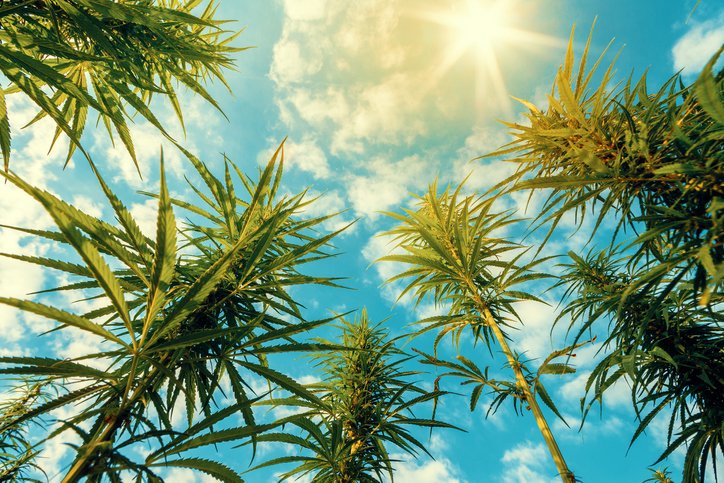 After delaying a discussion in March on whether or not to allow cannabis sales, Escondido has again hit snooze.

The city has been studying potential regulations since last August, but despite the fact that about half of residents support commercial cannabis, the council is still divided.

Another option would direct further study, including tracking of revenue trends and regulations in other cities.

A staff report noted that carving out rules for both recreational and medicinal use “arguably addresses public opinion regarding cannabis cultivation and use” ? as several speakers reminded the council.

“The lack of dispensaries and access to cannabis has become devastating,” said Karla Aguilar, who spoke about equity, including the hardship on those who lack transportation to obtain pot, which can necessitate a 30-minute drive. “We ask that black and indigenous and people of color have support to be able to sell in our city.”

Aguilar pointed out that California voters passed Proposition 64 to legalize cannabis in 2016, and many other communities have made it accessible. “I am disappointed yet again by this council, choosing to delay this conversation time and time again.”

Others pointed out that delivery is a phone call away. But it still means relying on delivery from outside Escondido.

Half of San Diego cities now allow cannabis for medicinal, recreational, or both uses. The rest prohibit it. The county is working on rules that would legalize sales for recreational use and create social equity to give more people a chance to participate.

By not creating an ordinance, cities face losing control, should voters propose a ballot initiative. In fact, by 2020 most ballot initiatives were initiated by city councils, the staff report said.

“I see this as something that is going to happen in our city, and I would much rather get ahead of it and us have control of where those dispensaries go,” said councilmember Consuelo Martinez.

“If we don’t take action this evening” ? if we decide to “just not take leadership of this controversial issue, then we’re really just folding our hands, burying our heads in the sand, and eventually, a ballot measure will appear,” she said.

“And who knows how many dispensaries will be coming to Escondido?”

So far, few cities have had dispensaries in place long enough to really know what the fiscal benefits will be. But La Mesa, San Diego and Vista, which have more than one or two longer-term dispensaries, earn about $50,000 annually per dispensary.

Estimates show that Escondido could generate over $2,000,000 annually in sales, assuming five dispensaries and a solid permitting and code enforcement process.

But first-year costs will be especially high, said city manager Chris McKinney. Developing regulations will cost $150,000 and as businesses open, code enforcement and policing will tack on $200,000.

Then there are the illegal dispensaries that crop up to compete with the legal outlets. All county jurisdictions that allow cannabis sales report more illegal operators opening after passage of a local ordinance.

When cannabis was legalized statewide in 2016, illegal dispensaries boomed in Escondido. Over 30 were shut down. The city hasn’t had any since 2019, but expects a comeback if an ordinance is passed.

Councilmember Michael Morasco, who staunchly opposes all efforts to open dispensaries in Escondido, held to his view that most residents oppose commercial cannabis. Trying to find middle ground “puts us in an area where we have not wanted to be,” he said.

Neighbors Poway, San Marcos and others, like Solana Beach, have rejected it.

“I don’t care if we get one single tax dollar from cannabis.”

But the major concern of many opponents had to do with what McKinney said are “significant safety concerns.”

Police chief Ed Varso said adult DUI arrests for marijuana were up 320 percent from 2018 to 2020.

Youth possession also spiked over 300 percent from 2016 to 2019, including both middle school and high school cases. Known as diversion cases, the juveniles are diverted to a system called Compact that keeps them out of detention.

Data from Compact shows that in 2017, pot accounted for about 22 percent of diversion cases. In 2019, that rose to 74 percent, nearly three-quarters of all cases.

Mary Anne Dijak, manager of youth violence and prevention with Compact, urged the council “to put the brakes on this.” Cannabis was legalized before there were rules in place to keep kids safe, she said.

Comparing it to alcohol businesses, she said “it takes probably years to get rid of” a bad actor, arguing the same will happen if dispensaries open.

The dispensaries “will inevitably show up in areas where our most vulnerable kids are, who will have to walk past that every day.”

Mayor Paul McNamara said the black market isn’t going away. “It’s pretty much adults who can afford to go to a dispensary. So our youth are still at risk, whether we have dispensaries or not.”