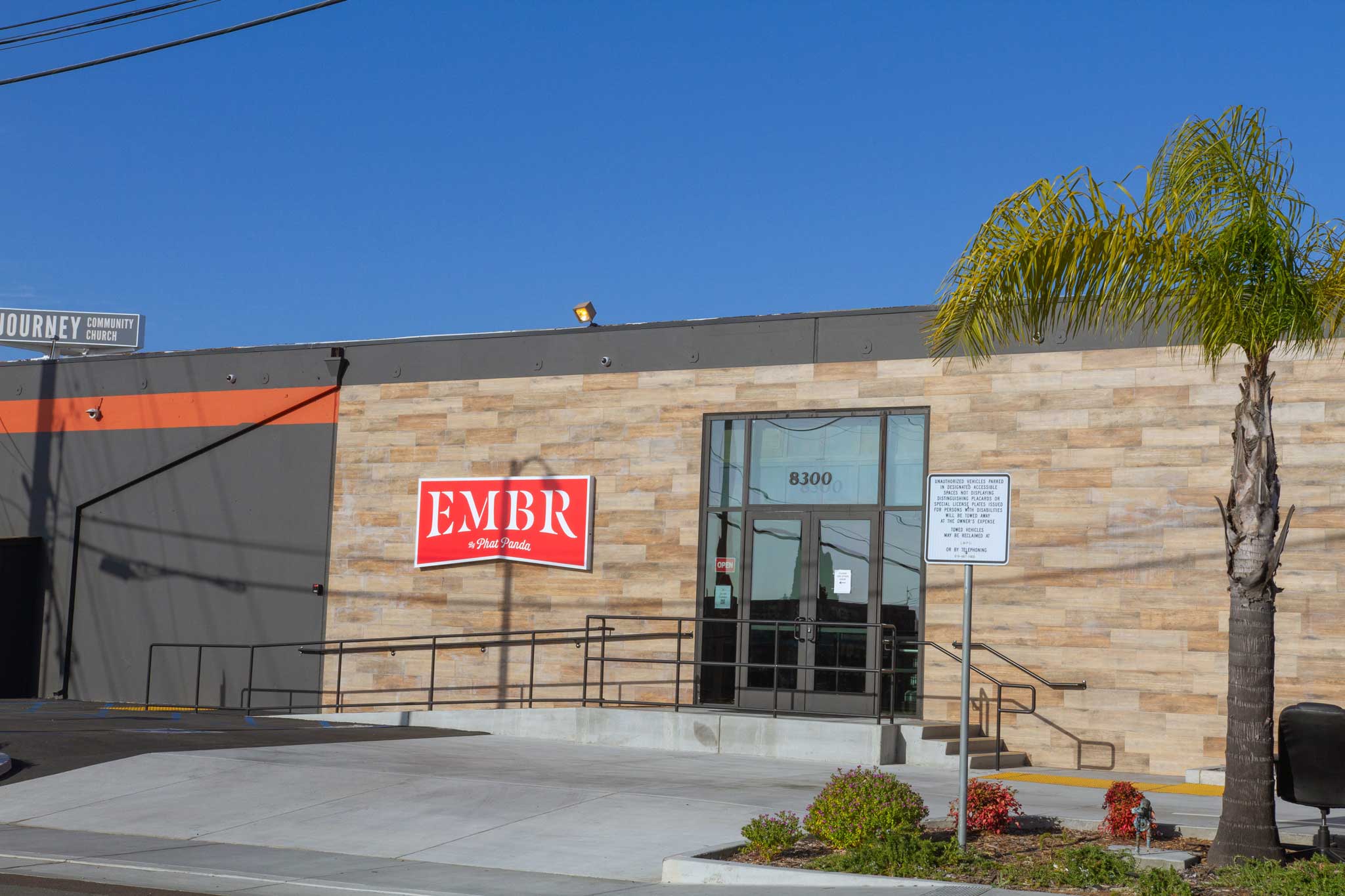 Don’t ask Pete Morales to wax poetic about the glory days of trap shops. As the general manager at EMBR dispensary in La Mesa, his feet are firmly planted in the future, which, by the way, has arrived. Yes, your weed may cost a little more than it used to, but you can shop for it in a dispensary that looks and feels like a Whole Foods store. Or you can have it delivered directly to your home. And you get the peace of mind knowing your weed is perfectly safe to smoke. These are good things.

But even in this bright new future, the legitimacy of the cannabis industry is still in question and the stigma still remains. And that, Morales believes, is what we should be talking about. One of the biggest obstacles to legitimacy, in his eyes, is the City (in his case, the City of La Mesa), which deprives dispensaries of opportunities to get involved with the community.

“I can’t throw any events here. I can’t have a food truck or a DJ booth set up out here,” he says. “If we can’t engage with the community, then how can we show them we’re not just sleazy stoners? Clearly we’re not considered legitimate businesses if we can’t get involved in community events.”

The Gray Areas of compliance are also of particular concern to Morales. For example, when he was trying to establish systems and processes for waste management at EMBR, the compliance information he needed was almost impossible to find.

In the end, after extensive research, phone calls, and confirmation from the City that he was in compliance, he set a clear standard for his store’s waste management and created a template to make it easy for his employees to follow. Although Morales enjoys creating systems and processes to make a seamless work environment, the absence of clear compliance standards is a huge obstacle to full legitimization for the cannabis industry.  This lack of transparency not only increases the bureaucratic burden for the businesses that are trying to play by the rules, but it also potentially leads to more violations and citations, which ends up looking bad for all dispensaries.

“When people see that in the newspaper, they throw us all into one group and say, ‘Oh look at those stoners, they’re messing up,’” he says. “But there’s a lot of us out here that are running legitimate businesses. We’re paying our taxes, we’re providing jobs to the community. It’s not some sketchy, sleazy drug dealer in the alley.”

If sketchy is what you’re looking for, you may want to look elsewhere. Recent collaborations among state and federal law enforcement authorities resulted in the shutdown of nearly 30 unlicensed, illegal marijuana dispensaries and wholesale distributors in Southern California, many in East County San Diego.